IG927E – Ships’ Routeing, 2017 Edition Both the safety of shipping and the cleanliness of oceans are promoted in many ways, one of which is the continuing development of routeing measures to control the navigation of vessels and to monitor their … Continued 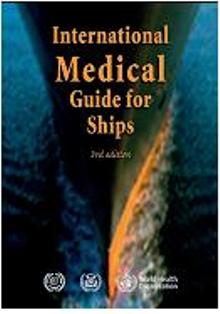 The third edition of the (ILO/IMO/WHO) International Medical Guide for Ships shows designated firstaid providers how to diagnose, treat, and prevent the health problems of seafarers on board ship. This edition contains fully updated recommendations aimed to promote and protect … Continued The SOLAS Consolidated Edition 2014 is an essential reference for maritime administrations, ship manufacturers, owners and operators, shipping companies, education institutes and all others concerned with requirements of the International Convention for the Safety of Life at Sea. In order … Continued